Girraphic partnered up with ESPN to create a virtual hall of Cheez for Cheez-It’s #MVCheezContest as a monument to College Football fandom.

Our initial brief was to create a modest space as a virtual set. The team at Girraphic took the idea on board and turned it up to eleven. The museum journey starts from a modern contemporary exhibition featuring large floor to ceiling LED display with perpetual raining Cheez-Its as well as timeless Cheez-It boxes encased in glass.

Unreal Engine was used for all of the particle simulations featuring raytraced collision as well as a highly detailed version of the Cheez-It cracker and used in-engine Niagara simulations for the media wall content to help iterate with different looks and behaviour quickly.

The team meticulously extracted ornate details & characteristics of the Cheez-It cracker and infused them into the #architecture geometry and #design, from its ribbed edges to form the ceiling cornice, to its outline shape creating a distinct extension of its brand into the space.

Slightly into the next section, the internal design team had devised a visual language to represent the highly celebrated college football ritual, “The Cheez-It bath” captured frozen in time and encased behind glass, coupled with Tailgating party elements – flanking the main Cheez-It cracker centrepiece.

Finally, a custom made Cheez-It superhero sculpture awaits within the atrium space. Every season, Cheez-It will pick one social media winner, the one and only #MVCheez – immortalizing them into a Cheez-It statue within the Hall of Cheez. 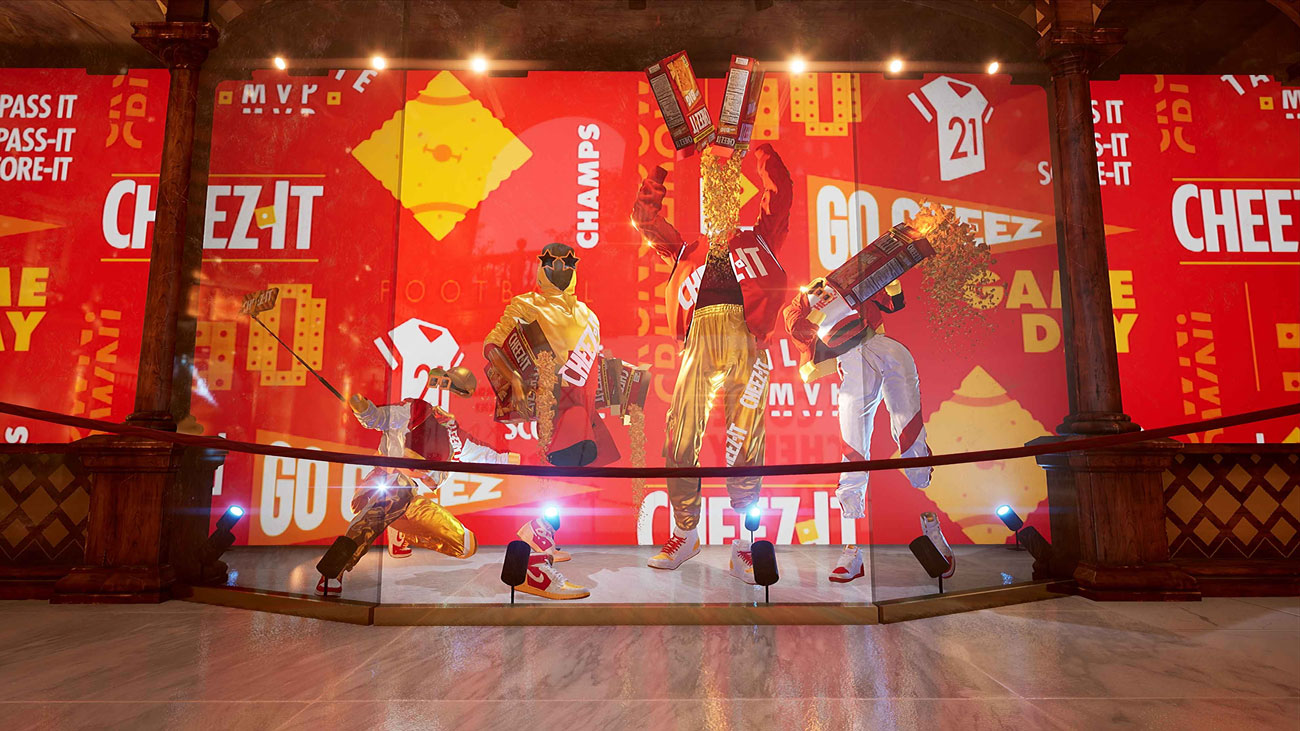 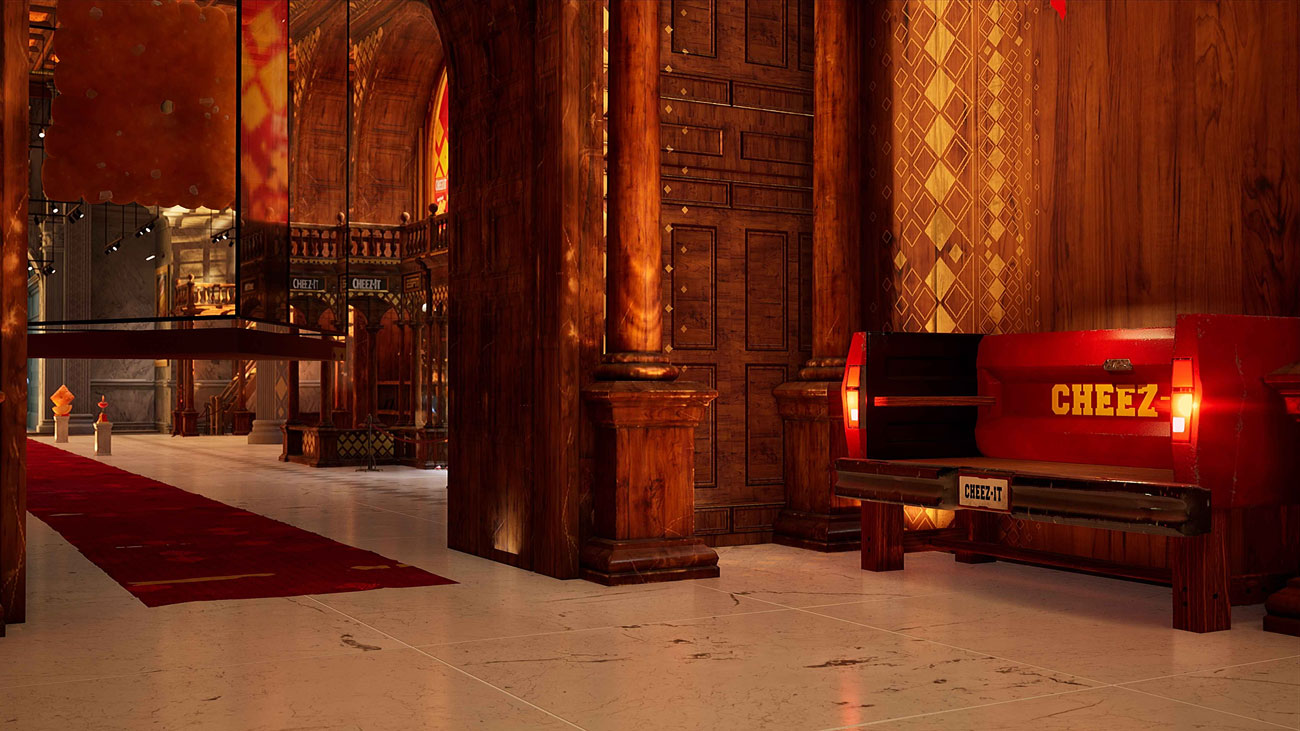 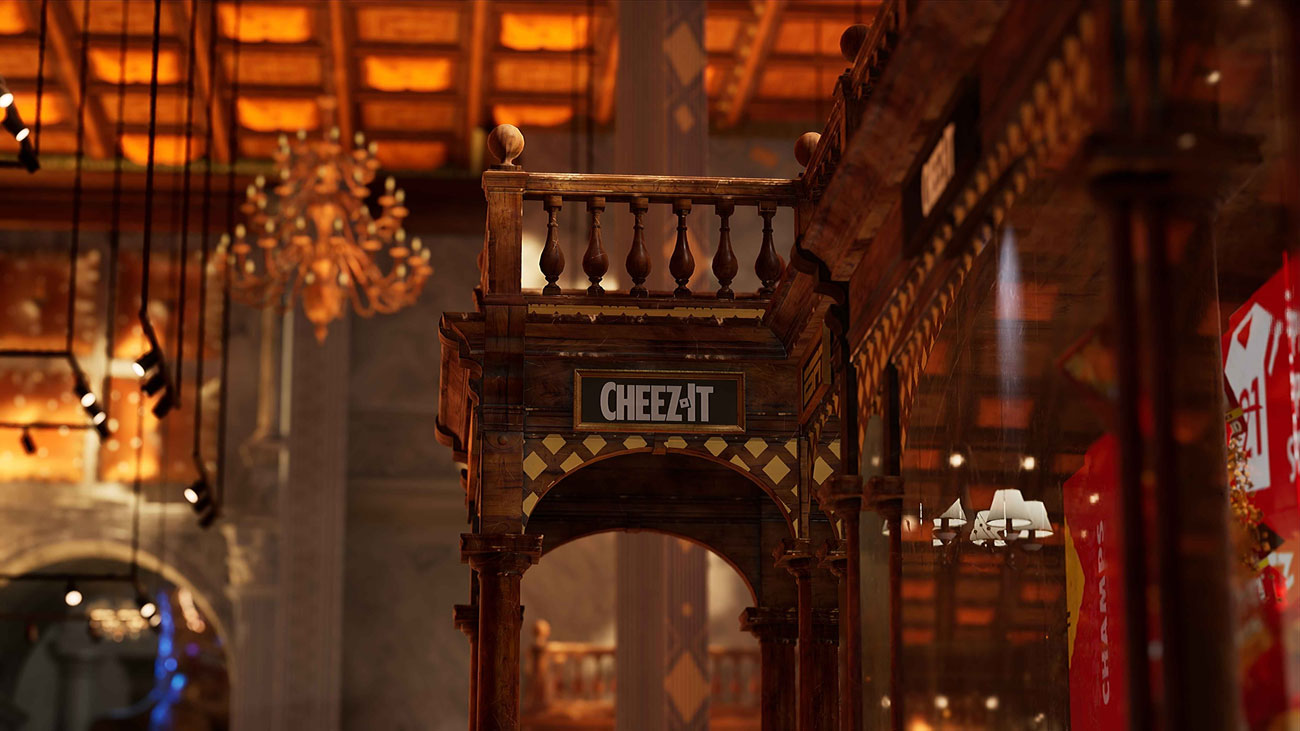